THE PAUSE THAT REFRESHES – Performance Artists Antonia Wright (L) and Ruben Millares (R) of Miami, Florida, recently came to the Jersey City Free Public Library in search of books for the latest incarnation of their art installation – a wall of books. With 14 boxes of weeded books to spare at the Main Library shown packed into their vehicle, Antonia and Ruben built a small wall, checking out a couple of titles. Notice Ruben is reading Ray Bradbury’s seminal work, Fahrenheit 451, a book after his own heart, for this wall is an homage to books!

JERSEY CITY, NJ   April 4, 2012 – Performance artists Ruben Millares and Antonia Wright recently came to the Main Library in Jersey City to abscond with 14 boxes of books that were weeded from the library branches’ collections. The use for the books can raise an educated eyebrow…

They came in search of books for their art installation at the Fountain Art Fair, which was held in mid-March in New York City. From Miami, both artists have been doing this installation of books as a “homage to the book, a celebration” and a commentary on how reading in libraries has gone digital. END_OF_DOCUMENT_TOKEN_TO_BE_REPLACED

“Open your eyes and you will see the beauty from within”, these are the words that come to mind, as I explain the photographs of Jonathan Singer. Described as a “force of nature” Singer brings to life “rare exotic flowers and plants” using photography and his extraordinary vision; the compilation of the two brings to fruition photographs which bring to mind the works of Rembrandt.

On January 28th the public will have the opportunity to view the one of a kind photographs by Jonathan Singer. The exhibit “Botanica Magnifica” will be presented in two parts. “Part One” is on view January 28 through April 15, and “Part Two” will be on view April 21 through August 26 at the New Jersey State Museum. END_OF_DOCUMENT_TOKEN_TO_BE_REPLACED

and the Persuasions; and the record companies that produced their songs, like Snowflake, Relic and Catamount. The documentary, “Street Corner Harmony: The Missing Link in Rock and Roll History,” narrated by record producer Wayne Stierle delves deeper into the singers’ lives and the genre of acappella music. Both the book and the documentary are touchstones to a bygone era, the time between the 1950s and 1960s, when musical tastes shifted to British rockers like The Beatles and short-haired teens singing acappella became as old-hat as the Hi-Fi record players that spun their songs.         END_OF_DOCUMENT_TOKEN_TO_BE_REPLACED

END_OF_DOCUMENT_TOKEN_TO_BE_REPLACED 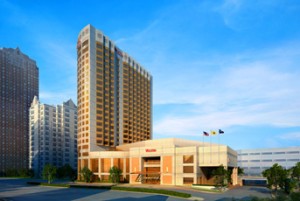 JERSEY CITY, NJ (August 10, 2010) – The Westin Jersey City Newport, located just 10 minutes from downtown Manhattan, has just announced a new service for its business travel guests that will help them save time and money – a complimentary shuttle service. The hotel’s new shuttle service now operates, 7 a.m. – 9.a.m. and 4:30 p.m. – 7:00 p.m. daily, and drives guests to meeting destinations within a three mile radius of the hotel including, Exchange Place and Harborside Financial area. The hotel’s shuttle is branded with a Westin logo making it instantly recognizable to guests.

END_OF_DOCUMENT_TOKEN_TO_BE_REPLACED

Hollywood legend Marilyn Monroe lit up the silver screen with her simmering sexuality, bootyliscious bod and a killer smile that warmed film-lovers hearts.  Playing the bubble-headed blonde roles producers cast her in, Monroe delivered sex-appeal by the D-cupful with an added twist of vulnerability, like her character Sugar Kane in “Some Like it Hot.”  When Sugar tells “girl musicians” Josephine and Daphne, (played Tony Curtis and Jack Lemmon,)  “I’m tired of getting the fuzzy end of the lollipop,” the chord strikes like an arrow threw the heart and although the line belongs to writer/director Billy Wilder and his co-writer I.A.L. Diamond, the delivery is all Marilyn.

END_OF_DOCUMENT_TOKEN_TO_BE_REPLACED

Diane Dragone (still) has the Dancer in Her Soul

In the 1920s, when Shirley Temple tapped into America’s hearts with her bouncing ringlets, ruffled crinolines and shiny black tap shoes, mothers from Canarsie to Kenosha trundled their daughters off to their local dance school dreaming of their baby girl’s name in lights. Nowadays, child stars go by first names like Britney, but the local dance school still thrives as the only training ground for kids who dream of a dancing career.

One local dance pioneer who has kept the stage lights burning in her neighborhood dance studio for the past 34 years is Diane Dragone, Artistic Director of The Kennedy Dancers, a professional dance company and dance school that stands in the wings of New York City.  Through her school and with her years as a teacher and choreographer, Dragone has trained and enriched the lives of thousands of inner-city kids – some who became professional dancers — and she has brought modern and classical dance performances to the multi-cultural and economically-diverse Hudson community. END_OF_DOCUMENT_TOKEN_TO_BE_REPLACED

According to the website Lowering the Bar  President George Washington has been accused by a New York Library for failing to return valuable library materials checked out during his presidency. It seems the former President  took out two books on in October of 1789, one  on international law and another that contained transcripts of debates in Britain’s House of Commons.  The books were due back November 2, 1789.  If it’s found to be true, that neither book was ever returned this would mean that , setting aside the value of the items themselves, and adjusting for inflation, Washington currently owes about $100,000 in late fees.

Fridays and Saturdays at 8pm, Sundays at 3pm;  Thursdays, April 29 and May 6 at 7pm. ms, joys and concerns of the average working American are the focus of this unique, extraordinary musical. That the everyday lives of “common” men and women should be so compelling and moving will  surprise and inspire anyone who has ever punched a time clock.  Based on Studs Terkel’s best-selling book of interviews with American  workers, Working paints a vivid portrait of the men and women the world  so often takes for granted: the schoolteacher, the parking lot attendant, the  waitress, the millworker, the mason, the trucker, the fireman, the  housewife, just to name a few. It’s a highly original look at the American landscape that’s simply impossible to forget.

Charge tickets Online. Cash and checks are accepted at the box office.  NJ Arts Cards are accepted for discounted ticket pricing.     The Barrow Mansion is handicapped accessible and barrier free. Large print program available upon request; please call one week in advance to arrange for a large print program. Assisted listening devices will be available for the Thursday May 6th 7 p.m. performance. Please call one week in advance to reserve a device.