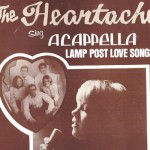 and the Persuasions; and the record companies that produced their songs, like Snowflake, Relic and Catamount. The documentary, “Street Corner Harmony: The Missing Link in Rock and Roll History,” narrated by record producer Wayne Stierle delves deeper into the singers’ lives and the genre of acappella music. Both the book and the documentary are touchstones to a bygone era, the time between the 1950s and 1960s, when musical tastes shifted to British rockers like The Beatles and short-haired teens singing acappella became as old-hat as the Hi-Fi record players that spun their songs.         END_OF_DOCUMENT_TOKEN_TO_BE_REPLACED 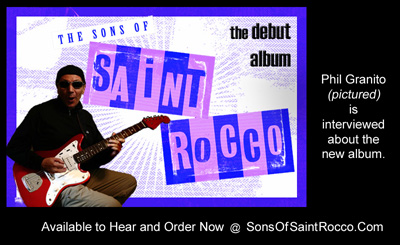 RVO: Yes, it’s obvious from listening to the performances that there’s a deep knowledge here, but also a very authentic passion. END_OF_DOCUMENT_TOKEN_TO_BE_REPLACED

Back in the 60s before the tall buildings in Downtown Jersey City, the sidewalks echoed with the sound of Street Corner Harmony- Acappella Groups sang on every corner and under the trestles of the embankments
The trailer you are about to see is for a documentary being released next year and featuring groups from the 60s -Pioneer Acappella Groups
that paved the way for future performers and genres of music.

The Concepts- The Persuassions- - Joanne and the Heartaches -The Royal Counts- The Savoys and hundreds and hundred of street corner vocal groups that were formed in every major city and sang all up and down the Eastern Seaboard.