At first, when Gomez, who is also the founder of the Jersey City Landmarks Conservancy was approached by Arcadia Publishing to do the book, he was reluctant.

“I write about buildings,” Gomez says. “I’m an architectural historian, but then I thought we can’t have buildings without the people in them, so I agreed. I had a list of 500 people and had to shrink it to 150.”

Gomez decided to include information in the book that people who are historians would not necessarily know. To accomplish this required a lot of research, he says, and when he decided to add Jersey City Mayor Frank “Boss” Hague to the list, he came across surprising tidbits like the time Hague had a run-in with Russian communist Leon Trotsky in Journal Square. Hague, who was anti-Communist, learned Trotsky was to make an appearance in Journal Square to recruit communists and Hague was there to kick him out. END_OF_DOCUMENT_TOKEN_TO_BE_REPLACED 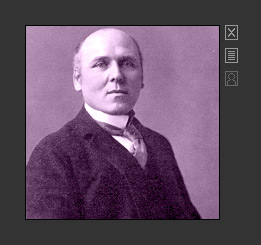 Howard Pyle, the “Father of American Illustration,” was also famous for painting historic murals like “The Landing at Carteret” which hangs in the Essex County Court House in Newark and other works collected by the Fine Arts Museum of San Francisco, the Delaware Art Museum and the Brandywine River Museum. But you don’t have to hop a plane to Frisco or a train to Delaware to see Pyle’s paintings up close. Four murals depicting the history of Hudson County hang in the beautifully restored, Beaux Arts landmark Justice William J. Brennan Court House in Jersey City, where people from all walks of life can view Pyle’s majestic and historic paintings.   END_OF_DOCUMENT_TOKEN_TO_BE_REPLACED