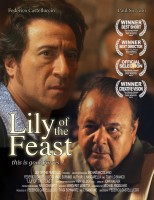 Dave  and his sister Anne Marie carved a niche on Grove Street with their handsome little restaurant, The Merchant, where the bar is cozy, the drinks are yummy and the food is All-American delish! It’s a great place to go for a business luncheon, watch a game or hang out with your friends and talk about life.

Dave and Anne Marie decided to try something a little more upscale and 2-1/2 years ago they opened The Embankment, a beautiful fine-dining restaurant nestled in the heart of 10th Street in the Hamilton Park neighborhood, where friendly neighbors drop by for brunch, dinner and drinks with friends.