Mayor Jimmy Davis announced that the New Jersey Department of Community Affairs (DCA) has awarded the City of Bayonne a recreation improvement grant of $100,000.  Mayor Davis said, “The City of Bayonne would like to thank Governor Murphy, Lt. Governor Oliver, and the New Jersey Department of Community Affairs for this generous grant.  The funding will be used to upgrade the DiDomenico Municipal Pool facility.”

The pool is located on West 16th Street between Avenue A and Newark Bay in DiDomenico-16th Street Park.  The original version of the facility was constructed in 1956 under the leadership of former Mayor G. Thomas DiDomenico, after whom the pool and the surrounding park are named.

The grant to Bayonne, one of 162 announced by the Department of Community Affairs, is a Local Recreation Improvement Grant.  Counties, municipalities, and school districts were all eligible to apply for these grants, which are competitive.  DCA awarded a total of $10 million of funding in this round of grants.  Parks, recreation centers, and stadiums are among the facilities that will benefit across New Jersey.

Lt. Governor Sheila Oliver, who serves as DCA Commissioner, said, “DCA is proud to assist local governments in repairing and upgrading their parks, playgrounds, and recreational facilities into spaces that promote people’s physical and mental well-being.”  Lt. Oliver continued, “A big part of what makes a community healthy and vibrant is giving residents the opportunity to take a walk, play a game, and participate in sports and other activities with friends and neighbors in a safe and accessible place.”

Jacquelyn Suarez, the Director of the New Jersey Division of Local Services, said, “The Division of local Government Services developed this program, in part, to provide quality outdoor recreational space for the residents of underserved communities.”  She continued, “This need has been especially heightened over the last couple of years as people searched for outdoor spaces to help alleviate the significant stress and anxiety brought on by the pandemic.”

NJ Women Veteran Appreciation Day – NJ AJR183 – Whereas, Women have proudly served their country throughout all periods of the history of the United States to secure and preserve freedom and liberty for all Americans and our allies; and

Whereas, Women have formally been a part of the United States Armed Forces since the establishment of the Army Nurse Corps in 1901, but have informally served since the inception of our nation’s military; and

Whereas, Whether disguised as male soldiers during the American Revolution and Civil War, as nurses in World Wars I and II, or as combat helicopter pilots in Afghanistan, women have served honorably and with valor; and

Whereas, Today, women constitute approximately 15 percent of the military personnel on active duty; and

Jersey City Police Chief Tom Comey announced this week that as part of a campaign to enforce the new Pedestrian Crossing Law which took effect on April 1st, the new law requires motorist to do a full stop and remain stopped until the pedestrian passes and no longer just yield for the  pedestrian, Jersey City Police will be looking for drivers in Jersey City who fail to obey the new law. END_OF_DOCUMENT_TOKEN_TO_BE_REPLACED 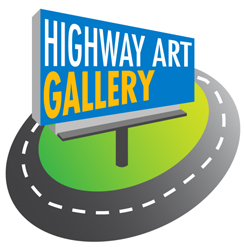 Highway Art Gallery
New Jersey’s first-ever highway art gallery hits the road this summer, and Palisades Insurance Company wants you to be a part of it!
Click here to submit artwork or here to view the online gallery and vote.

The Palisades Highway Art Gallery is exhibiting original works by area artists on some of the largest and most-viewed canvases in the state – New Jersey’s highway and roadway billboards. We’ve picked prominent billboards on some of the most traveled roads throughout the Garden State to feature landscape artwork by New Jersey artists.

END_OF_DOCUMENT_TOKEN_TO_BE_REPLACED 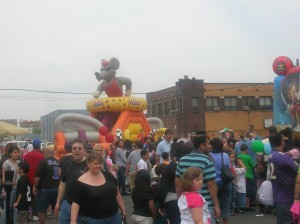 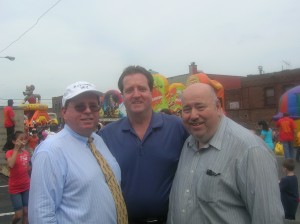