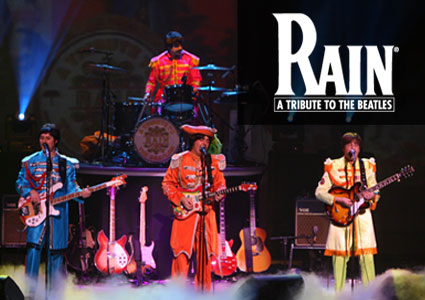 Hudson County Community College’s Office of Student Activities announces that it is offering tickets to RAIN: A Tribute to the Beatles at the New Jersey Performing Arts Center!

Get ready for the British Invasion with Rain: A Tribute to the Beatles, the world’s most acclaimed, multimedia spectacular salute to Paul, John, George, and Ringo, back by popular demand! Smash on Broadway, RAIN includes the Beatles’ greatest hits, played note-for-note. END_OF_DOCUMENT_TOKEN_TO_BE_REPLACED

A Jersey City resident since 2007, Sterling Fox has worked on a lot of hit songs in his Jersey City home. Initially, Fox moved to JC out of financial necessity, backing up local musicians after a stint as a pianist on a cruise ship. Less than a decade since his move to Jersey City, Fox remains a highly-demanded co-writer with songs written and/or produced for artists including Gym Class Heroes, Adam Lambert, Tiesto, Lindsey Stirling and Boyz II Men.

When not occupied with making music for other artists, Fox runs Silver Scream Records, a record label and online apparel store. Fox recently released on the Silver Scream label, a single by renowned DJ Samantha Ronson, and Silver Scream will also be the home of an up-coming full-length album by Fox. In the meantime, Fox talked with River View Observer about life behind-the-scenes in music, in addition to everyday life as a Jersey City local. END_OF_DOCUMENT_TOKEN_TO_BE_REPLACED

Frank’s Theater in Bayonne to Take Part in Simulcast

Florham Park, New Jersey, December 5, 2012 –In an effort to share the extraordinary “12-12-12” concert for Sandy Relief with many of those most impacted by this storm, Clear Channel Media and Entertainment, The Madison Square Garden Company and The Weinstein Company today announced that this unprecedented event will be simulcast live in select movie theaters in hurricane-affected areas throughout the tri-state region, including in eight Clearview Cinemas, two Frank Theatres, a Marquee Cinema, a National Amusements Multiplex and a Rave Cinemas Multiplex in New Jersey. This presentation will be FREE of charge to all attendees and complimentary refreshments will be provided.

Select Clearview Cinemas in Closter, Kinnelon, Ocean, Parsippany, Ridgewood, South Orange, Succasunna and Wayne; the Frank Theatres in Bayonne and Egg Harbor Township; a Marquee Cinema in Toms River; a National Amusements Multiplex in Edgewater; and a Rave Cinemas Multiplex in Hazlet will participate. Free tickets are available now at the participating theater box offices, and will be distributed on a first-come, first-serve basis.

Event producers James Dolan, John Sykes and Harvey Weinstein issued the following joint statement: “The live simulcast of this historic benefit concert in movie theatres will provide a welcome opportunity for those people still recovering from the devastation to have an enjoyable and much-needed night out. Seeing this incredible all-star lineup on the big screen and hearing it in surround sound will certainly make for a memorable evening.” END_OF_DOCUMENT_TOKEN_TO_BE_REPLACED