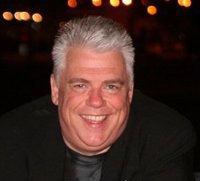 I have known PJ Leonard for over 25 years. I have seen him in good times and in bad. I am so happy to see him where he is today. On Monday PJ Leonard who now resides in downtown Jersey City will be in Los Angeles at the Arclight Theater for the premiere of  The Fallen Faithful a film that Lenoard was Executive Producer on and produced through  his production company “Other Side of the River Productions.” 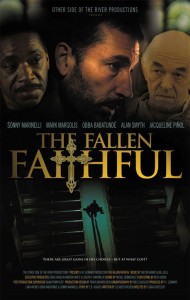 The Fallen Faithful is Leonards’ second feature length film having also made: “The Immaculate Conception” and  also adding in 2007 and 2008   two short films to his credits: The Hit and Waiting.

The Fallen Faithful stars Sonny Marinelli, who  has appeared in many high profile television productions including  recurring roles on ER, NYPD Blue, and most recently Raising the Bar. The movie also stars Tony Award -nominated actor Obba  Babatunde’ and Mark Margolis.   Obba Babatunde’ and Mark Margolis are faces everyone recognizes instantly having both been in hundreds of televison productions and movies. Margolis in Scarface with Al Pacino for one. END_OF_DOCUMENT_TOKEN_TO_BE_REPLACED