The Jersey City Art & Studio Tour (formerly known as the Artists’ Studio Tour) began 25 years ago when a local newspaper joined forces with several Jersey City artists. What started as a tour of 50 or so studios and public art exhibitions with opening night parties of Blimpie sandwiches and jugs of Gallo – has become a huge city-wide event sponsored by the city of Jersey City. END_OF_DOCUMENT_TOKEN_TO_BE_REPLACED

Photo By Steve A. Mack 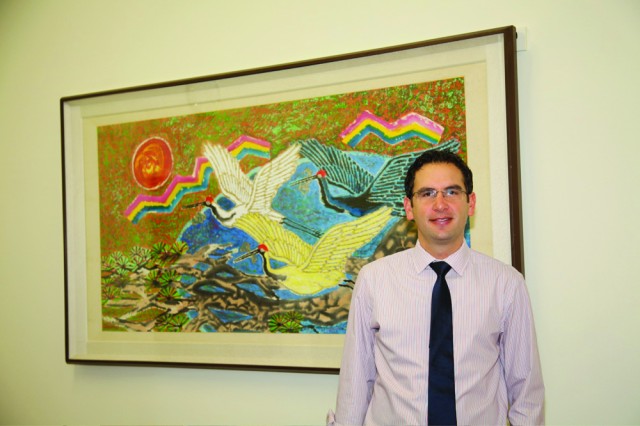 Relatively unknown before he took office as the Mayor of Jersey City on July 1, 2013, Steven M. Fulop now has his own page on Wikipedia. Gaining in popularity, a local paper put him 4th on a list of Hudson’s 50 most influential people.

Mayor Fulop, 36, seems to have a vision for Jersey City’s cultural scene with plans to bring the city to greater heights that reflect its stature as the second largest city in New Jersey. By raising the standards of the arts scene, Fulop envisions Jersey City as an arts mecca similar to New York City that will attract visitors in huge numbers and big name acts to its performance venues while providing public spaces for resident artists, filmmakers, dancers, actors and musicians.

Moving forward, in the short time he’s been in office, Mayor Fulop has already been in meetings with Cordish Companies of Baltimore, the prospective developers of the Powerhouse building in downtown Jersey City. He has supported legislation to reinstate the tax credits to filmmakers who want to shoot on location in Jersey City; and, he has approved projects by mural artists to paint designated buildings in Jersey City. Mayor Fulop also has plans to turn the old movie palace, the Loew’s Jersey City in Journal Square into a performing arts center like NJPAC.

On a recent November morning, Mayor Fulop took time out of his busy schedule to speak with Riverview Observer about some of his plans and projects for Jersey City’s cultural scene. 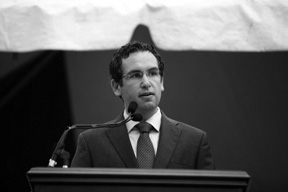 RVO: Mayor Fulop do you have any personal association with the arts – did you play the trumpet in high school, that sort of thing?

MSF: I have a great appreciation for music and I have friends in the arts community, thus I’ve been engaged in it. I took piano lessons during my childhood and up until last year. I play classical music and I started studying Jazz. Classical is straight-forward, you’re reading notes and I could do that very well, but I couldn’t improvise. It’s a totally different skillset. My piano teacher moved, though, and now I’m looking for a new one, so if you know anybody,..

RVO: Do you have any interest in a specific area of the arts in Jersey City?

MSF: I’ve realized in order to make Jersey City really shine it needs a thriving arts community. That’s what attracts people here. Transportation won’t just do it, you need culture and art.  We’re working with Senator (Steve) Lesniak to reinstate the film tax credit; legislation will be introduced next week. We’re looking to see how to put more money into the Loew’s and bring in professional management. You’ll see that on the Council agenda coming forward. That’s a big step. From a city standpoint, I can’t put $10-$15 million dollars into something that has the “potential” for success. The Loew’s is the size of NJPAC and across from the Journal Square PATH. You could get big names, and people coming from all over for art, music, restaurants.  The Loew’s is really a key component of what we’re trying to do.

END_OF_DOCUMENT_TOKEN_TO_BE_REPLACED

Like a femme fatale in a “dime novel” Jersey City has had its share of bumpy roads, raw deals and men that done her wrong. But the past is the past and take a look at her now, bustling with new construction and waterfront with a skyline of skyscrapers that have given the old girl a much-needed facelift and a shot at the brass ring.

At the 4th annual Book Fair hosted by Jersey City’s Free Public Library on Sat, Sept. 10th in Jersey City’s beautiful Van Vorst Park, twenty local and no-so-local writers will exhibit their newly published books – all with some connection to Jersey City.  Many of these writers have taken their experiences and/or fascination with Jersey City’s past and placed them on the pages of their new books, not just as a backdrop to the action, but as one of the characters that grabs your attention like a cold-blooded blonde with a pearl-handled Derringer. END_OF_DOCUMENT_TOKEN_TO_BE_REPLACED

Author’s Come Out to Talk About Their Books, Share Their Intelligence And Creativity

“A Tale of Our City” book festival offers authors, new and established, of all genres and ages, a venue where they can showcase their works and  bring to the reading and buying public in a neutral inspiring setting.- Sonia Araujo/ Chair  “A Tale of Our City.”

On a beautiful Saturday, September 18th the Jersey City’s 3rd Annual Book Festival was  held in Van Vorst Park. The first author we met was

Al Sullivan who works for the Hudson County Reporter papers-Bayonne CommunityNews. Al is a Senior Saff Writer, who reports the news and exhorts about Hudson County  politics in his weekly column.

Al was at the Book Festival to promote and read from his first book ” Everyday People: Profiles of the Garden State- published by Rutgers Press, 2001.  As Mr. Sullivan will tell you about his book “That every life has a story ripe for the telling.”

END_OF_DOCUMENT_TOKEN_TO_BE_REPLACED 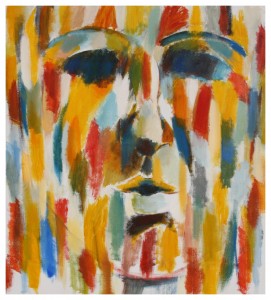 Pictured the art of Habib Ayat