The movie premiered at the Sundance Film Festival recently and was widely received.

For more on TALLULAH the movie visit: Tallulah the movie blog

High up on the 4th floor of Jersey City Hall, the Office of Cultural Affairs lead by Director Elizabeth Cain looks out upon the city’s street life while it oversees the city’s cultural life and the programs that connect its communities beyond brick and mortar.

Cain took over the post in 2014 after working on Jersey City Mayor Steven M. Fulop’s transition team. Prior to becoming the Cultural Affairs department head, Cain served as Executive Director for the Historic Downtown Special Improvement District (HDSID) which sponsors popular community events like Groove on Grove and Everything Jersey City. She worked for developers Paul and Eric Silverman, whose Jersey City properties often include public spaces where local artists exhibit their work. END_OF_DOCUMENT_TOKEN_TO_BE_REPLACED

Jersey City’s culture scene just got some competition. It seems Bayonne, its Hudson sister to the south has been going through a renaissance of sorts. Art galleries, theater companies and now a new performing arts pavilion are giving the city a cultural facelift.

There’s the JCC of Bayonne’s Fine Art Gallery currently featuring A COUPLE OF IMAGES, paintings and photographs by Bayonne residents and artists Billy Zbylut and Patty Mulligan; the Art Circle of Bayonne at the Bayonne Community Museum which has a Spring Art Show underway  featuring Bayonne artists; the new Bayonne Theater Company is hosting a gala on Thursday, May 21, with its first show THE MUSIC MAN in pre-production; and a Bayonne performing arts pavilion which will host local theater, music and dance groups, as well as stars like Willie Nelson is breaking ground in a few weeks. .

END_OF_DOCUMENT_TOKEN_TO_BE_REPLACED

Written from the heart and experiences of Patty Blanchard, ‘Patty’s Turn: It took faith, courage and the love of her children to save her from attempted murder’ sees the author piece together her memories following almost six-decades of abuse at the hands of parents, siblings and lovers. Blanchard’s survival is nothing short of a miracle and, by sharing her story, she hopes to empower millions of abused women to take a stance against their malefactors and embark on their own journey to a better life.

Bayonne, NJ — (ReleaseWire) — 11/1/2014 — Memoirs about abuse are certainly not rare, but hardly any span a lifetime and come from the family members of those in the public eye. Tammy Blanchard may be known to audiences and critics around the world, but her mother Patty has kept quiet about her own life, until now.

‘Patty’s Turn: It took faith, courage and the love of her children to save her from attempted murder’ fuses a tragic life story with an inspirational message of hope.Synopsis:

This is the memoir of Patty Blanchard, one of 14 children raised in a tough Jersey City family during the 1950s. Patty survived many things during her childhood, but it was the attempted murder she experienced as a mother-of-three that helped her discover what courage, faith and the love of family is really all about.

“I start right at the beginning, aged four years old and at the hands of a physically-abusive mother who had six kids packed into a cramped Jersey City flat without enough beds, clothes and often just stale pieces of bread for dinner,” explains Blanchard. “My baby sister died of Croup and I became the punching bag for my mother’s grief, who physically and mentally abused me for the next decade and a half. We also lost a brother, Arthur, who was murdered at fourteen. I left home and married an older man when I was just seventeen. This was my ticket to a new life, or so I thought.”

Continuing, “He and my next husband abused me. At the age of thirty-two I packed up my belongings, my kids and we set off on my promise of a better life. Things were looking up as I built a successful cleaning business from the ground up and was both confident and independent for the first time in my life. I was determined to stay away from abusers. But at the age of thirty-five I found myself fighting for my life, with multiple hammer wounds and being left for dead. Somehow, through the grace of faith and love of my children, I survived.”

Patty didn’t write her book for commercial gain. In fact, it started as personal therapy.

“My therapist asked me to write down my thoughts and memories as they came back to me. I did this for years but didn’t ever read my notes back. Over twelve years I accumulated more than four-hundred pages and the power of my words caused me to break down when finally reading them. I decided to compile them into a book to help others facing the demons of abuse. If I can help just one person avoid a life like mine, then I’ll see it as a huge success.”

Since its release, the book has garnered a string of rave reviews. Charlotte McNamara comments, “I absolutely loved this book! The writer was very brave, honest and real. Some like to portray” our lives to be perfect. Some of us like to read what really happens in someone’s life, whether good or not so good. This writer however captured my soul. Reading of her childhood and through her life was a heartfelt and left me in tears. Tears for that little girl, tears for that struggling teen …tears for all the other women who can’t tell their story, but sometimes can identify with some things in her book.”

River View Observer adds, “An excellent read -a real page turner about an American family and a young woman’s abusive life and triumphant return from an attempted murder on her life by a former spouse. Ms. Blanchard has created a road map for women looking to move past abusive relationships to a place of empowerment.”

‘Patty’s Turn: It took faith, courage and the love of her children to save her from attempted murder’ is available now: http://amzn.to/1usDPU9.

About Patty Blanchard
Patty will celebrate her 60th birthday on Nov.3th with her 3 children, William, Tammy, Thomas and her 4 grandchildren, Ava, William, Kaylee and Jaidah. Patty can finally say she knows what true love is, she met her soul mate Joe and has been skipping down the road of happiness for the past 8 years.

The application fee will be waived for attendees.

END_OF_DOCUMENT_TOKEN_TO_BE_REPLACED

A FREE Self-Guided Tour All Weekend Click this link to find out all you need to know about the Jersey City Artist Tour   thejcast.com

Read what is happening at jcast this weekend!

The 24th Annual Jersey City Art & Studio Tour is a weekend celebration of Jersey City’s diverse and burgeoning art scene that features over 600 artists and venues that include galleries, studios, public art, live music and performances, food, drink and parties. This year’s exhibitions include visual art, multimedia, film, music, performance and everything in-between.

Every year the tour attracts thousands of visitors during its two-day run. The Jersey City Art & Studio Tour is New Jersey’s premier art and cultural event, and is free and open to the public.  END_OF_DOCUMENT_TOKEN_TO_BE_REPLACED 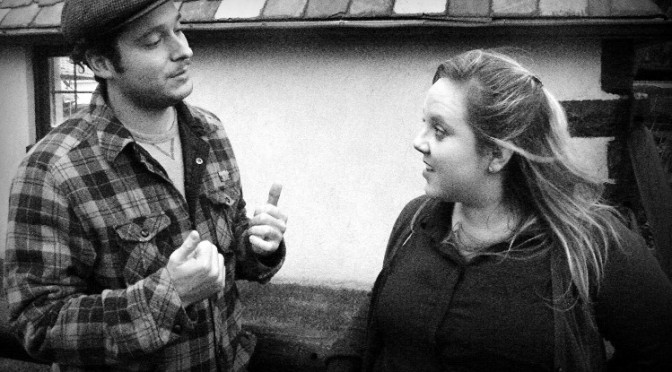 Taking a break from its usual program of touring Shakespeare, the Hudson Shakespeare Company of Jersey City delves into a modern story that is known as a classic film but not as a stage play. In honor of the film’s 60th anniversary, the company will be producing a stage adaptation on:
WHERE:
•Saturday, October 11@1pm at The Historic Jersey City and Harsimus Cemetery, 435 Newark Avenue, Jersey City, NJ END_OF_DOCUMENT_TOKEN_TO_BE_REPLACED

END_OF_DOCUMENT_TOKEN_TO_BE_REPLACED

The Historic Downtown Special Improvement District (HDSID) will turn Newark Avenue & Grove Street Plaza into a lively festival of all that’s great about Historic Downtown Jersey City when ALL ABOUT DOWNTOWN brings local retailers, restaurateurs, artists and entrepreneurs out into the streets for a day of food, food and pizzazz.

.On Sat, Sept. 20, from 11 am to 6 pm, Grove Street Plaza & Newark Avenue will be bustling with 125 local vendors; over 15 food and fashion trucks; live music performances; fun activities for kids, cool trinkets from local retailers, and art from area artists.  It’s a little bit of everything that makes Historic Downtown Jersey City a very exciting place to be these days. The event is hosted by HDSID led by executive director Rachel Sieg.