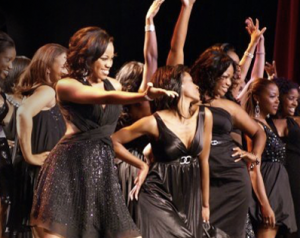 What’s the very first thing that many individuals think of when asked to describe a beauty pageant? Well, for many, it’s often a process focused mainly on looks that’s easily stereotyped as a shallow process. However, those who are quick to judge should take a look at the respective Miss Black New Jersey USA and the Miss Black New York USA pageants.

First and foremost, these affiliates of the Miss Black USA pageants