Anthony Cupo grew up in Jersey City a few blocks from Journal Square and thousands of miles from the Sundance Resort in Park City, Utah, a small ski village that Robert Redford turned into a famous film festival location back in 1978. The 2013 Sundance Film Festival was in full-swing the week of Jan. 17 and Cupo, who is the Executive Producer and Editor of his first feature film “Concussion” saw his dream come true when he received a seven-figure offer from RADIUS-TWC to distribute “Concussion” in the fall. Of course, Cupo said yes.

The Sundance Film Festival attracts thousands of producers, directors, writers, actors, critics and studio ‘heads’ who turn the small ski village into a Hollywood event where films are screened in theaters and other venues and prizes are given out to the top contenders. Cupo’s film, “Concussion,” written and directed by his friend Stacie Passon tells the story of what happens when a suburban wife and mother gets a concussion that fractures her perspective on her marriage and more importantly, her life. Critics like Jim Dobson, President of Indie PR in Studio City, California, who attended a screening, gave “Concussion” 3-1/2 stars.

“There is a real concussion at the beginning of the antiseptically beautiful “Concussion,” but it’s also a metaphor that’s no less jarring. When Abby (Robin Weigert), a suburban lesbian married to Kay (Julie Fain Lawrence), gets hit by a baseball thrown by one of their children, it sets off a need for change in her routine existence. She works on renovating a downtown loft with a contractor, Justin (Jonathan Tchaikovsky), who also pimps on the side — and Abby decides to take female clients as a high-end hooker, using the professional name Eleanor. Writer-director Stacie Passion’s sexually charged premise becomes a vehicle for an emotional exploration of a stagnant relationship and the struggle between desire and stability. Weigert (best known for her work on “Deadwood”) gives a performance that’s revelatory in more ways than one, as Abby sheds inhibitions and clothes. The slick look (by production designer Lisa Myers and art director Kevin P. O’Donnell) highlights the split between Abby’s suburban oppression and her urban freedom.”

Terrific reviews like that keep pouring in for “Concussion” and Cupo, 42, is thrilled about his Sundance experience. An alumnus of the School of Visual Arts in New York, Cupo has been involved in film since he was a kid playing hooky to catch the movies playing in the Journal Square movie theaters close to home. He has worked on commercials and videos with all the major networks and in 2006 Cupo partnered with friend and colleague R. Jamie Mamalis to open The Rust Company in Manhattan, a lab, of sorts, that offers the latest cutting-edge technology for filmmakers to edit film and video and perform other creative tasks to see their films and videos realized.

At Sundance, Cupo took a break before his film’s screening on Thursday to share with Riverview Observer what it’s like showing his film at the Sundance Film Festival and making a deal that may change the course of his life and career.

RVO:  Congratulations on the success of “Concussion” at Sundance.

AC:  Thank you. People here are digging it. It all goes to Stacie Passon, the writer and director.

END_OF_DOCUMENT_TOKEN_TO_BE_REPLACED 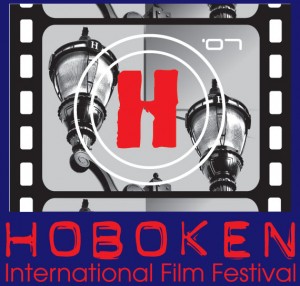 The indie film fest promises to be a feast for the eyes, 115 feature-length films, documentaries, shorts and TV pilots presented on the silver screen with in-person appearances by Oscar-winning movie stars, Emmy-winning TV stars and the writers and directors who nurtured their films from their first baby-steps. END_OF_DOCUMENT_TOKEN_TO_BE_REPLACED