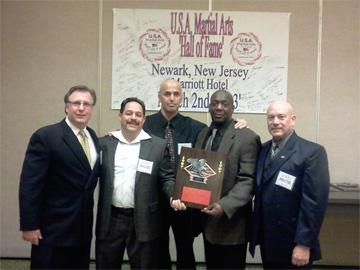 On March 2, 2013, at the Airport Marriott Hotel, Newark, NJ, Grand Master Dr. Austin Wright Sr.’s and World Martial Art Leaders, Top Rated Master, Sensei’s and Champions were inducted in the U.S.A. Martial Arts Hall of Fame.  They are the Newest Team of “Rising Stars” that helped to make U.S.A. a major Force and an International World Class Team in Competition. END_OF_DOCUMENT_TOKEN_TO_BE_REPLACED