The purpose of the study is to analyze a range of options for mass transit circulator service throughout Liberty State Park that would serve destinations within the park and existing and future adjacent residential development and businesses. The study will evaluate a range of route and modes, including rail and rubber tire options, using a comprehensive set of quantitative and qualitative evaluation criteria. The final product will include the identification of a range of feasible concepts for further study.

“We believe that a circulator service will support tourism and enhance the multi-modal mass transit network for park visitors, residents and workers in the vicinity,” said Mayor Healy. “Jersey City has a high transit-dependent population and was identified by the NJTPA in 2007 as an Environmental Justice community. Because 40 percent of Jersey City residents are without access to a car, many residents rely on public transportation to access park facilities.” END_OF_DOCUMENT_TOKEN_TO_BE_REPLACED 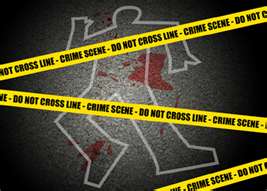 There were two (2) percent fewer violent crimes in 2010 compared to 2009, which includes categories such as homicide, rape, robbery and assault. The decrease continues the trend that started in 2009, where the city witnessed 30-year lows in violent and non-violent categories, including a 30-percent drop in robberies. Overall crime, both violent and non-violent dropped by 49 incidents, or .5 percent.