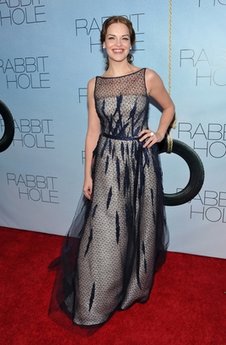 Ms. Blanchard can be seen next in How to Succeed in Business Without Out Really Trying on Broadway with Harry Potter star Daniel Radcliffe in March 2011.

She has also finished filming “Union Square with Mira Sorvino due out in 2012 and two other films.