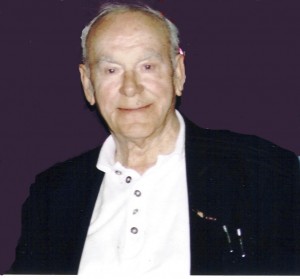 Intersection of Monmouth and 5th Streets as Louis Calamito Way

-Mayor Jerramiah T. Healy and members of the Municipal Council will dedicate the intersection of Monmouth Street and Fifth Street as Louis Calamito Way on Saturday, March 5, 2011 at 11:00 a.m.  ”

In dedicating the intersection of Monmouth and 5th Streets to Louis Calamito,” said Mayor Healy. “We pay tribute to his contributions to Jersey City and to this great country. I wish the Calamito family happiness in their endeavors and thank them for their support of our Jersey City neighborhoods, especially Monmouth Street.”

Louis Calamito, born on April 8th, 1923 in downtown Jersey City, lived his entire life on Monmouth Street where he was known as the “Mayor of Monmouth Street,” and attended P.S.#5. An active member in the community, he was a lifelong parishioner of Holy Rosary Church, a Jersey City business owner, and a Hudson County Democratic Committeeman. 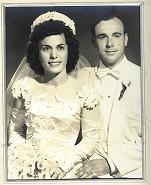 On June 26, 1946, married Mary Saccente, and together they are blessed with four children: Lois Ann, Joe, Vin (who now carries the title of “Mayor of Monmouth Street”) and Michael. Mr. Calamito was also a devoted grandfather to Brendan, Lisa, Erin,Tammy, William and Thomas and a great grandfather to Brayden, Addyson, Ava, Billy, Kaylee, and Jaidah.

Mr. Calamito’s father, Joseph Calamito, was a soldier during World War I and was stationed in Italy. During the war, he was imprisoned and later escaped captivity. It was his father’s heroic deeds that Louis wanted to emulate and so he joined the Military to serve his country, his city, and his community with absolute honor and valor. 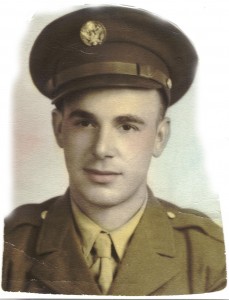 Louis was as a soldier with the Distinguished America Division, serving 19 months in the War Zone and engaged in fierce combat in the Philippines. He was honored for his service to his country and his community with the following awards: two Bronze Stars, the American Campaign Medal, the Asiatic Pacific Campaign Medal, the World War II- US 1941-1945 Freedom of Speech and Religion, the Efficiency Honor and Fidelity, the Good Conduct Medal, and the Philippine Liberation Medal. Like his father, Louis, inspired his sons to follow in his footsteps and serve in the military as well. His son Michael, a Lt. Colonel in the United States Army Reserve, served in Iraq from 2006 to 2007; and his other son, Joe, joined the Army in 1969 during the height of the Vietnam War, was deployed for 13 months in South Korea and served two years.

There will be a short program before the unveiling of the street sign. Officiating the ceremony is Father Rino Lavaroni of Holy Rosary Parish, and speakers include: Mayor Jerramiah T. Healy; members of the Municipal Council; the JC Village Neighborhood Association, members of the Calamito family and a few residents.

Following the street dedication ceremony, there will be a small reception sponsored by the JC Village Association and The Lampost Bar & Grill, located on 2nd Street and Brunswick Street.

Louis Calamito was my father, he was a wonderul man who loved Jersey City and his neighborhood on Monmouth Street.  On behalf of my family I want to thank Jersey City Mayor Jerrimiah Healy, the Jersey City Municipal Council with special thanks to Council President Peter Brennan, and Ward E Councilman Steve Fullop,Pam Andes of Councilman Fullops office and the JC Neighborhood Village Association and everyone at Lamppost Bar and Grille-