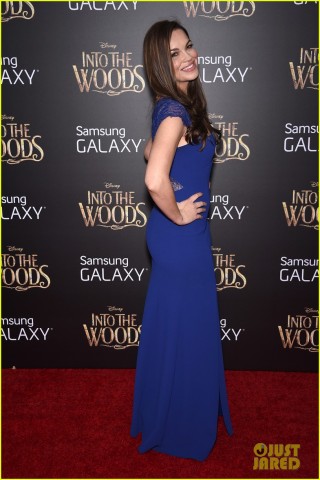 Ms. Blanchard plays Florinda, one of the wicked step-sisters from the Cinderella tale.

And our sources at the premiere tell us  Ms. Blanchard is wickedly fantastic in Director Rob Marshall’s film.

Steven Songheim was also in the audience to see his score from Into The Woods brought to life on the big screen.

Into The Woods will open nation wide on Christmas Day, December 25th, 2014