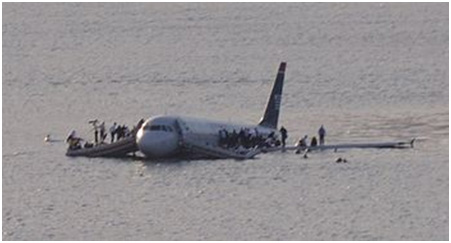 Miracle on the Hudson Survivor…

When Dave Sanderson took US Airways Flight 1549 at LaGuardia Airport seven years ago, little did he know he would experience something so unbelievable, it would change his life forever. Sanderson was a passenger on that fateful flight that crash-landed in the Hudson River minutes after take-off. Here in Hudson, until it was removed, the sight of the abandoned plane floating on the river served as a reminder that life can take a harrowing turn in an instant. 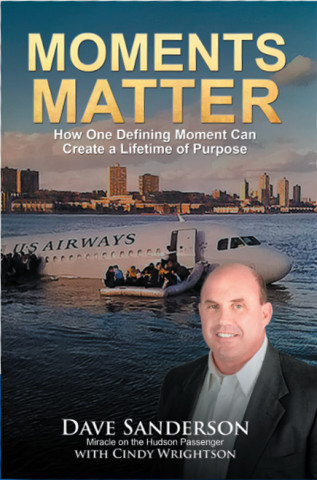 On Tues, Jan. 19, from 6-to-9 pm at the Palisades Medical Center in North Bergen, Sanderson will be the hospital’s special guest, debuting his new book MOMENTS MATTER, a detailed account of how he survived this close encounter with death. Sanderson, who wrote the book with Cindy Wrightson, shares his personal story with an inspirational message that focuses on positive thinking and finding one’s purpose.

The book signing at the medical center coincides with the 7-year anniversary of the plane’s Hudson River landing which happened on Jan. 15, 2009. US Airways Flight 1549 piloted by Captain Chesley B. “Sully” Sullenberger and First Officer Jeffrey Skiles, made an emergency water landing in the Hudson after birds hit both sides of the plane at once causing both engines to go out at the same time. Captain Sullenberger and First Officer Skiles brought all 155 passengers and crew to safety. The landing became known as “Miracle on the Hudson”, and Captain Sullenberger has since been revered as a hero who saved 155 lives. END_OF_DOCUMENT_TOKEN_TO_BE_REPLACED