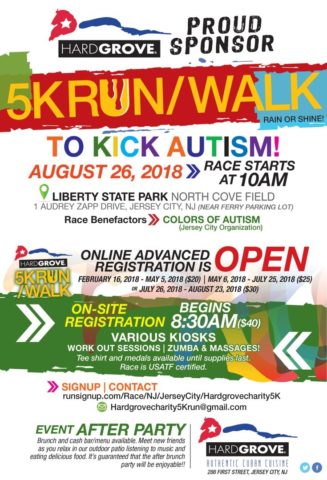 The event will be held at Liberty State Park  North Cove Field at 1 Audrey Zapp Drive in Jersey City on August 26th, 2018 at 10 am  rain or shine.

Colors of Autism was established in honor of her middle son Ravi  31. who has Autism.

Some facts on Autism