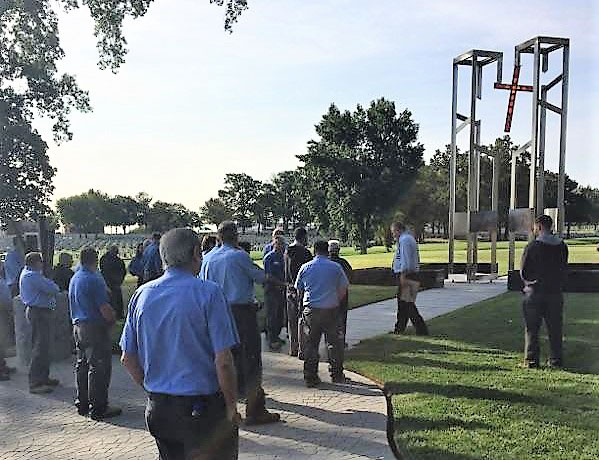 Staff members at Holy Cross Cemetery in North Arlington pause in front of the cemetery’s 9-11 Memorial Monument for a moment of silence and prayers to commemorate the 16th anniversary of the attacks on The World Trade Center and Pentagon and the crash of Flight 93. Workers at each of eight archdiocesan properties of Catholic Cemeteries, a Ministry of the Archdiocese of Newark, gather to commemorate the 9-11 anniversary each year since the tragedy. (Photo courtesy of Catholic Cemeteries)