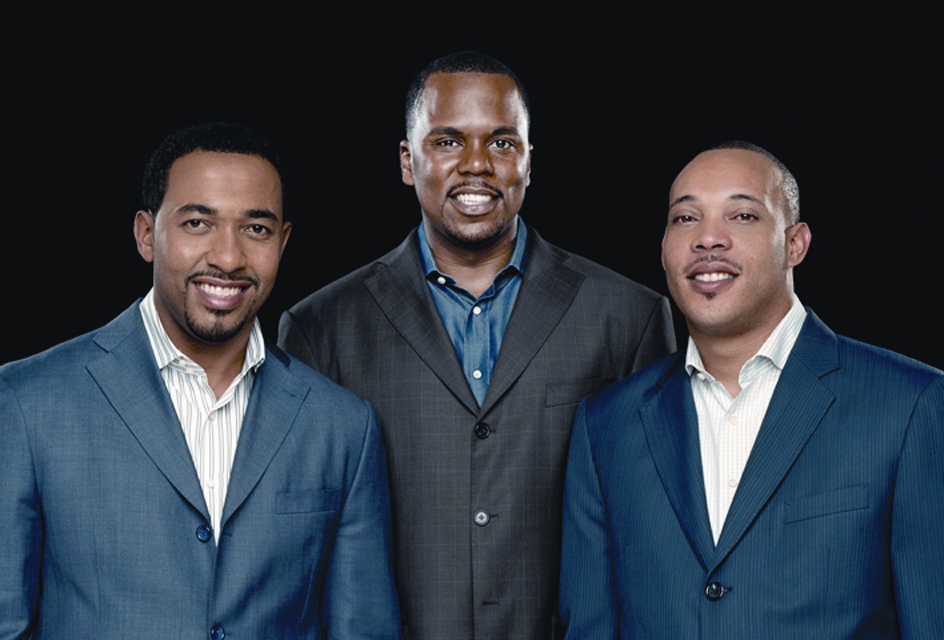 JERSEY CITY, N.J. — Drs. Sampson Davis, Rameck Hunt and George Jenkins, whose friendship and concern for one another propelled them from Newark’s mean streets to college and medical school to international fame, will appear as guest speakers in the final installment of Hudson County Community College’s 2008-2009 Community Lecture Series. The inspiring trio, who are fondly known as “The Three Doctors,” will be at the College’s Culinary Arts nstitute/Conference Center ( 161 Newkirk Street in Jersey City) on Thursday, April 2 at 6:30 p.m.

Sampson Davis, M.D., Rameck Hunt, M.D., and George Jenkins, D.M.D. met as students at Newark’s University High School. Although they grew up surrounded by negative influences and with few role models, the three young men recognized in each other the desire and ability to “beat the street,” and so, they made a pact: They would stick together, go to and graduate from college, and become doctors. Overcoming all odds and countless obstacles, they helped one another earn Bachelor’s degrees from Seton Hall University, and Medical and Dental degrees from the University of Medicine and Dentistry of New Jersey. Today, Dr. Hunt is a Board-certified internist at University Medical Center at Princeton and Assistant Professor of Medicine at Robert Wood Johnson Medical School; Dr. Jenkins is Assistant Professor of Clinical Dentistry at Columbia University, and Dr. Davis is a Board-certified Emergency Medicine Physician at St. Michael’s Medical Center and Raritan Bay Medical Center. Their inspiring story is chronicled in their best-selling books, The Pact: Three Young Men Make a Promise and Fulfill a Dream (for adults) and We Beat the Streets (for children), as well as the documentary film, The Pact Documentary.

In addition to their busy professional practices, The Three Doctors tour the United States relating their story and inspiring young people to do more with their lives. The doctors’ writings and lectures have earned them honors and accolades from Essence, Oprah Winfrey and many others. They have also established a foundation dedicated to inspiring and creating opportunities for inner-city communities through education, mentoring and health awareness. “We are truly honored to have these three young gentlemen join us. They are an inspiration to everyone, and in these tough times their message is especially uplifting,” said HCCC President Dr. Glen Gabert.