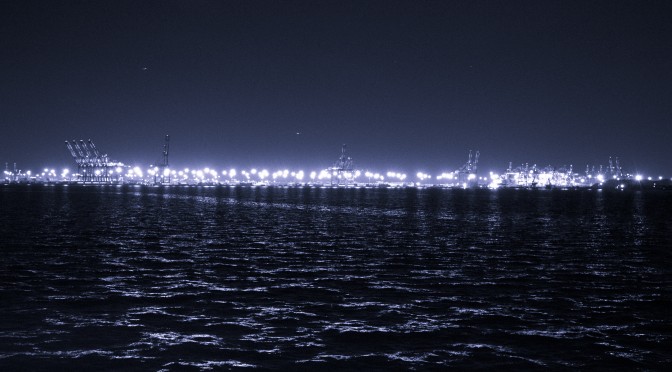 Digital photograph  “Purple Haze” by photographer Sidney Montanez of Jersey City will be on exhibit at “Bayonne:  The Peninsula (Water Colors)” art show on Sat, Oct. 25 at the Bayonne Museum.

Photograph by Patricia Mulligan for “Bayonne: The Peninsula (Water Colors).

For one day only, the work of more than  30 artists pops up at the Bayonne Museum in “Bayonne: The Peninsula (Water Colors)” art show where each artist has a 4-foot display area to make their own.

On Sat, Oct. 25, from 1-10 pm, some pretty terrific painters, photographers, sculptors and mixed-media artists will display and sell their works, many depicting Bayonne’s beautiful vistas. The exhibit is a joint venture between Deb Peveler and Lou Segura of All Fit Studios in

Bayonne and Patty Mulligan and the grassroots group Beautify Bayonne, along with the support of Mayor Jimmy Davis and his new administration.

“Bayonne is a peninsula city at the southern end of the Gold Coast,” Mayor Davis says.  “Our community’s location and natural surroundings provide great inspiration for artistic expression.”

Zbylut’s oil paintings “My Back Porch,” and “The Big One” will be on display on the 25th.

An accomplished artist with a Bachelor’s degree from the School of Visual Arts in New York City, Zbylut recently sold his painting of comedy legend Jackie Gleason as the ‘Man from Space’, a character Gleason portrayed on his 1950s TV show THE HONEYMOONERS. (Back in the day, when Gleason taped the show in NYC, he was a frequent visitor to Bayonne’s nightlife.)

“I’m looking forward to the show,” Zbylut says. “It won’t be the first time I’m displaying at the museum; I’m normally there with the Bayonne Art Circle.”

Teaming with Peveler and Segura is Patty Mulligan of the grassroots group Beautify Bayonne, which recently recruited 300 volunteers and several small business owners to go from one end of Bayonne to the other and remove small refuse. Mulligan, a photographer, will show images she’s taken of the Statue of Liberty. (All art work in the Bayonne show will also be exhibited on the Beautify Bayonne Facebook page.)

“As members of Beautify Bayonne, we try to get the community together to appreciate the great things Bayonne has to offer,” Mulligan says.

Bayonne’s First Street Park is where photographer Sidney Montanez of Jersey City took her digital camera and shot the image “Purple Haze” a landscape that will be featured in the Bayonne art show. Montanez first heard about the show from her boyfriend’s dad who takes yoga classes at All Fit Studios, she says. A member of the artists’ group Pro Arts in Jersey City, Montanez is a professional photographer who does weddings, corporate events and portraits. Her studio Sid Designs is on Kennedy Boulevard in Jersey City; and she just exhibited her photographs in the Jersey City Studio Tour. Montanez says she first started taking pictures at 16 when her dad gave her a camera.

“I like bringing my work to the public, having them see it and enjoy it,” Montanez says.

The idea for the art show sprouted from Segura and Peveler’s yoga studio where they frequently exhibit artwork by local artists. The couple decided to expand the viewing from a yoga mat to a museum.

The show will also feature Tuan Tran from Bee’s Art Studio in Bayonne. Tran will also be doing pencil portraits of attendees, if they are interested. .

“We also have a jewelry designer, Natalya V. Oleshkevich, who will be making and showing her conceptual art jewelry at the show,” Peveler says.

Admission is free and there will be music and refreshments to go with all that art. Peveler says:

“If a picture is worth a thousand words, then Bayonne has a great story.”

229 Broadway (corner of 9th and Broadway)