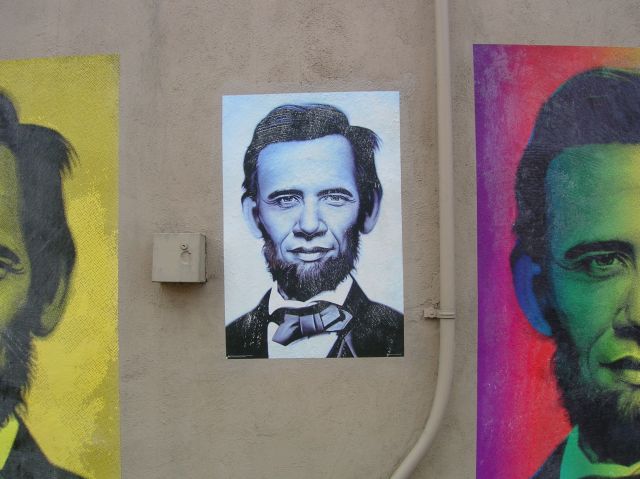 Ron English is a New-York based Pop-Artist. He is most famous for his street art, where he subverts existing billboard advertisements by using his own artwork in place of the existing legitimate billboards. He recently complete his nationwide tour making murals of “Abraham Obama”, a portrait of Abraham Lincoln fused with presidential hopeful Barack Obama. The tour traveled to Boston, San Diego, San Francisco, Seattle and ended in Denver at the Democratic National Convention in August.