In a milestone quarter, prices for one to four family dwellings in 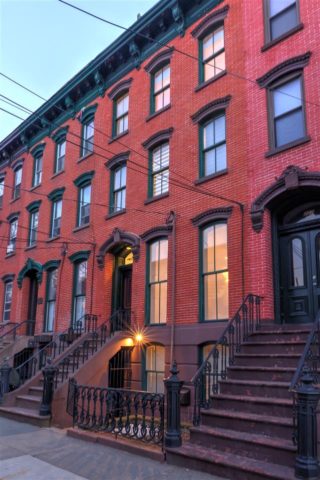 Downtown Jersey City eclipsed those of Hoboken for the first time since 1996 when MLS data launched.

While 1-4 family home prices in Hoboken and Downtown Jersey City softened from Q4 2016, Hoboken’s fall was far more drastic. The median house price of 1-4 family homes in Downtown Jersey City continued to strengthen compared to the same quarter last year, up 10% to $1.40 million. Hoboken exhibited further weakness, with the median house price of 1-4 family homes down -17% since the first quarter of 2016 to $1.31 million – below Downtown for the first time in 19 years. The highest 1-4 family sale for the quarter was a single-family townhouse on Hudson Street in Hoboken for $2.425 million, substantially below both the list price of $2.95 million and the highest sale last quarter.

Condominium sales prices in Downtown Jersey City have strengthened enormously since last quarter (+5%) and year over year (+12%). Hoboken’s condominium market has remained effectively flat over the quarter (-1%) and has only inched upwards over the year (+3%). The highest condominium sale, a condo on Washington Street in Hoboken, surpassed the highest 1-4 family sale this quarter trading for $2.499 million or around $923 per square foot.