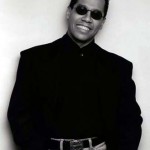 “Perhaps most essentially, it is Alomar’s ability to utilize technology in the creation of his art, as well as music in the creation of new technologies, that reinforces and strengthens the CAL mission of studying and innovating at the intersection of the humanities, arts, sciences, and technology,” explains Dr. Lisa Dolling, Dean of CAL at Stevens. “We are honored to have Carlos Alomar bring his immense talent, experience, as well as expertise in innovation and entrepreneurship to the Stevens classroom and community as a whole.”

Perhaps best known as “David Bowie’s favorite guitarist,” Alomar has performed, written for, and/or recorded with some of the most influential rock musicians of the past thirty years including not only Bowie but also John Lennon, Mick Jagger, Paul McCartney, Luther Vandross, Iggy Pop, Carly Simon, and Queen Latifah – just to name a few. Most recently, Alomar completed work on Alicia Keys’ multi-platinum CD The Element of Freedom. Beginning in 1974 with the “Diamond Dogs/Young Americans” Tour, Alomar served as David Bowie’s musical director for the next 27 years. Since 2005, Alomar has been teaching all levels of guitar instruction at Stevens.

The recipient of 32 gold or platinum records, Alomar’s writing credits include Fame (with David Bowie and John Lennon) and She’s the Boss, (with Mick Jagger). In 1987, Alomar recorded his solo album Dream Generator – a synthesizer-guitar journey of sound and textures.

Alomar’s credits as a producer are as impressive as his credits as a musician. He received the prestigious “Producer of the Year” award in Japan for his work with the jazz ensemble CASIOPEA. With Melba Miranda, he created The National Rock Movement of Puerto Rico and produced a number of Latin artists such as Fabiana Cantillo and Alberto Fortis.

Carlos Alomar has held many elected offices in the National Academy of Recording Arts and Sciences (the organization behind the Grammy’s) including Governor of the N.Y. Chapter as well as the first Latino Trustee. In 2001 he was elected National vice-chairman of the Board of Trustees and ultimately elected President of the N.Y. Chapter in 2004. He has won numerous awards from such organizations as The American Society of Composers and Publishers as well as The Recording Industry Association of America. He is currently completing work on a new book Conversations on the Guitar – Breaking the Musical Code which will be published in the coming year.

“We are extremely fortunate to have Carlos as a member of the Stevens community. His generosity of time, commitment to the students and passion for music and technology are astounding, and his humble spirit is incredible,” says Dean Dolling. “Appointing him as Distinguished Artist is Residence is our way of not only recognizing all he does here at Stevens, but also thanking and paying tribute to him as well.”

About Stevens Institute of Technology

Founded in 1870 and celebrating 140 Years of Innovation, Stevens Institute of Technology, The Innovation University TM , lives at the intersection of industry, academics and research.  The University’s students, faculty and partners leverage their collective real-world experience and culture of innovation, research and entrepreneurship to confront global challenges in engineering, science, systems and technology management.

Based in Hoboken, N.J. and with a location in Washington, D.C., Stevens offers baccalaureate, master’s, certificates and doctoral degrees in engineering, the sciences and management, in addition to baccalaureate degrees in business and liberal arts.  Stevens has been recognized by both the US Department of Defense and the Department of Homeland Security as a National Center of Excellence in the areas of systems engineering and port security research. The University has a total enrollment of more than 2,200 undergraduate and 3,700 graduate students with almost 450 faculty. Stevens’ graduate programs have attracted international participation from China, India, Southeast Asia, Europe and Latin America as well as strategic partnerships with industry leaders, governments and other universities around the world.  Additional information may be obtained at www.stevens.edu and www.stevens.edu/press.