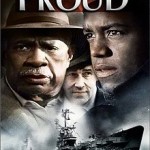 At the showing of the film “Proud” was  Lorenzo Dufau 91 year old  (last surviving crew member) of the USS Mason. Mr. Dufau was honored with a citation by Navy personell now stationed on the USS Mason.

The final night gala of the GDIFF drew a large crowd of family, friends and fans supportive of this cultural event that is sure to grow in the coming years.