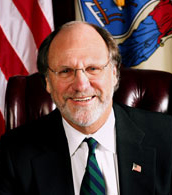 Govenor Jon Corzine lost his bid for re-election to Chris Christie today. In his concession speech out going  Gov. Corzine pledged to work with Govenor- Elect Chrisite and added he will continue to work for all democratic programs set forth by his and the Democratic party.

Governor -Elect Christopher J. Christie becomes the 55th  Govenor of New Jersey. The first Republican to be elected in  the last 12 years in a state wide election. 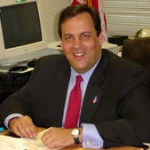 In his acceptance speech the jubilant Christie appeared on the stage to Bruce Springsteens song “Born to Run” his first words to his supporters “Hey New Jersey we did it.”  which caused the crowd to chant over and over “Yes we did, yes we did.” When Chrisite went to thank the crowd they chanted over and over “Thank you , Thank you, thank you.”

Christie then when on to say that his call from out going Govenor Corzine was gracious and that Corzine pledged to work with the Christie/ Guadagmo administration.  He spoke of being born in Newark and then outlined some of his initiatives for the next four years and acknowledged the work that lay ahead for the next four years.