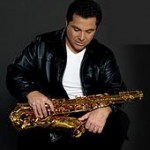 This isn’t a PR stunt or a reality show, this is as real as it gets – this is human truth. It’s one hell of a story.

Born and raised on Long Island, Richy Petrello has seen his career come full circle; complete with a meteoric upswing and a tumbling downfall, only to rise from the ashes like a Phoenix. If you knew Richy back in the day, he was a fierce Sax cat – the man was a Rock and roll terrorist, terrorizing his own body with alcohol and drugs, waking up in his own vomit.

Richy lived this cliché of sex, drugs and rock and roll for many years; getting caught up in the ebbs and flows and eventually succumbing to the temptations and the perks that came with living the rock star life. Then, as if by some divine intervention, like a flash of light coming down from heaven, he meets and falls in love with Cathe, like an angel she transformed him into a Rock And Roll Humanitarian.

For a short period of time afterwards, he turned away from his music; believing that the entertainment business and everything associated with it was to blame for his rapid descent into drugs and depression. But after some reflection on this, he realized his music was not the key to his downfall, but instead was the thing that would ultimately save him. Since that fateful moment of clarity, he has successfully used music to reach out to others, helping them to not fall into the same trap he fell into, and at the same time to bring joy to people across the globe.

Today this former rock star is on top of the world in many ways; first and foremost as a proud father who has instilled music and generosity into his three young daughters, who now make up the current buzz band,

Ages 17-23, the girls offer a pop sound that is refreshing and unique. These young Pop Humanitarians bring their uplifting brand of music to the far reaches of the world with the hope of touching those who have been under served and ignored; and they don’t need a song with pseudo-controversy like Katy Perry’s I kissed a girl; they have actually kissed AIDS babies!

With this ethos in mind, the family, Richy and Cathe Petrello with their daughters Jessica, Rebekah and Destiny (Petrel) has spent the past several years travelling to remote villages in Haiti, Jamaica, Cuba and Mexico, to the Mayan Jungle, to orphanages in India, China, Belize, Guatemala and to places such as the Metro Church Children’s Outreach’ in Bushwick, Brooklyn – reaching out to these diverse communities by preparing food, playing with the kids, and teaching them songs. He’s not like some Bono writing a check to save the rain forest. This guy brings his horn to the mud and blood of Haiti, into the Mayan Jungle and to other god forsaken places.

Learn more about Richy Petrello by going to http://www.myspace.com/richypetrello

Learn more about Petrel by going to http://www.myspace.com/petrelmusic

ABOUT RICHY PETRELLO
In his 35+ years in music, Richy has gained notoriety and respect in many facets of the business: playing sax and vocalizing with the likes of Brian Setzer and The Stray Cats, Billy Joel, Paul Simon, Don Henley, Carly Simon, Reba Macintyre, Dion, Foreigner, The Cars & Steve Vai and producing, writing and/or directing events for The Dallas Cowboys Thanksgiving Halftime Show, The Monday Night Football Halftime Show, ABC, ESPN and Back at the Ranch. He is also a past winner of the Hope for Children International Humanitarian Award.  Additionally, Mr Petrello holds an honorary doctorate in music management and is an active voting member of The Recording Academy (The Grammys).