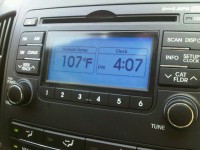 Is This Crazy or What…Did you know 100Years ago in July there was an extreme heatwave as we are experiencing today.

Sunday, July 2, 1911: Almost roasted today. Went to Sunday school this afternoon. We had company this evening. One of Ruthie’s future pupil’s and parents.

July 2, 1911 was an extremely hot day across the Eastern and Midwestern US. The New York Times reported that on July 2 in  New York City it was:

The paper also reported that:

HARRISBURG, Penn, July 2—The temperature today reached 98.2, the hottest recorded since July 1, 1901, when 100 was the maximum. The intense heat caused much sickness.