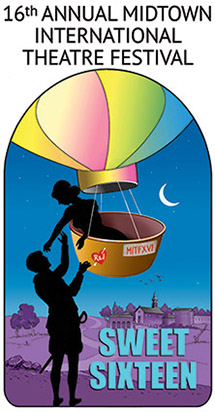 Leading up to their first cabaret show, Cabaret Sauvignon has been performing since they met at Art House Productions in 2013.

“We did a workshop,” Amy says. “I heard and saw Elena sing. You know how you gravitate toward someone? I gravitated toward Elena and I wanted to be part of what she was doing.”

Amanda and Alex joined the group and they have become a welcome surprise when they give pop-up performances at restaurant and business opening receptions. They perform regularly at Two Boots on Newark Avenue in Jersey City, and recently gave a special performance of the classical piece Also Sprach Zarathustra by Johann Strauss that was used in the film “2001: A Space Odyssey” for the Jersey City Writer’s Group.

“The Jersey City Writer’s Group had a science-fiction night and we sang it for them,” Elena says.

“They loved it,” Amanda adds.

In September, they’re booked to sing at a wedding.

Cabaret Sauvignon sings unique medleys, stringing songs plucked from the Great American Songbook, Top 40 hits and obscure tunes rarely heard. For instance, one of their medleys is a tribute to being crazy and features Patsy Kline’s “Crazy” with Ceelo’s “Crazy” and Beyoncé’s “Crazy in Love”. They sing covers of Top 40 hits like Miley Cyrus’s “We Can’t Stop”, obscure tunes like Fiona Apple’s “Hot Knife” and folk songs like “Bottom of the River” by the Delta Ray Band. And when each vocalist steps up for a solo, she makes it her own.

“Alex takes a folk song and takes it to a soulful level,” Elena says.

All four members of the group take turns singing lead, and each has her own style that gives the group an interesting blend of voices and styles, each one as individual as their diverse musical background. Elena studied music professionally; Amanda sang in choirs at Marymount Manhattan College and the University of Oregon; Amy grew up singing in children’s choirs; and Alex has a strong background in musical theater.

“We keep each other in check,” Alex adds.

They take turns rehearsing in each other’s Jersey City apartment and they all agree that singing together has put their voices and their friendships in sync. They went from working together to becoming friends and now they’re like family, Amy says. She remembers a song she sang in the choir when she was a girl, which seems to sum up Cabaret Sauvignon’s philosophy:

“People who make music together cannot be enemies,” Amy sings.

And the rest of the group smiles in agreement.

A MYSTERIOUS A CAPPELLA MURDER CABARET