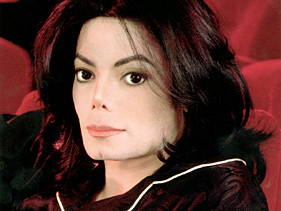 Michael Jackson; Pop icon has died at a Los Angeles hospital at 2:26 pm after suffering cardiac arrest at his home in Los Angeles , according to media reports. The 50 year old musical superstar who ruled the pop charts since he was 5 years old was preparing for a new tour to begin on July 13th. Paramedics reportedly responded to Jackson’s house earlier and found that the singer was not breathing. Jackson was given CPR and rushed to UCLA Medical Center. At this writing a press conference had not been scheduled by either the family nor the hospital to officialy announce the death of the singer.

Jackson was the youngest child in a family that also rode pop stardom for over 40 years from when he and his brothers known as the Jackson 5  were first discoved by Diana Ross in Gary Indiana back in the 1960s.

Michael Jackson leaves behind his 3 children and millions of fans

Jackson’s death was the third such news in the entertainment industry this week. Charlie Angel star and movie star Farah Fawcett lost her valiant battle against cancer today and Legendary sidekick Ed McMahon who died yesterday in California.