After 38-Year Career; Under Zacche’s Leadership During Fulop Administration, Department has Grown & Diversified & Crime has Continued to Decrease 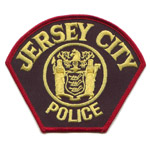 Mayor Steven M. Fulop announced today that Police Chief Philip Zacche retiring as Chief of the Jersey City Police Department effective June 1st after a 38-year-career of public service.  Following his retirement, the administration will commence a national search accepting applications from inside and outside the department.

“We thank Chief Zacche for his 38 years of service to the people of Jersey City and the men and women of the police department,” saidMayor Fulop.  “In partnership with Chief Zacche, we have been able to grow the department to its largest size in two decades, build the department to better reflect the community, add more officers to walking posts, and work to steadily reduce crime.

“While we know there is more work to do, Phil’s experience and leadership has steered us on a steady and upward path toward rebuilding the department and enhancing the important community relations that lead to a stronger and safer city,” added Mayor Fulop.

Since taking office in July of 2013, Mayor Fulop has hired more than 250 new police officers, the majority of which were during Zacche’s tenure as chief bringing the department to its largest size in more than two decades at 922 officers.  An additional class of 26 officers is also in the police academy expected to graduate this summer, and the administration has also committed to adding two more classes of recruits this year for a total of 50 new officers to be hired by the department; the goal is for a department with over 950 officers.

The Fulop administration with Chief Zacche as head of the department has also made diversity recruitment a focus, establishing the city’s first recruitment center at the HUB and dedicating two officers to work with the community on outreach.  As a result, of the new officers hired since 2013, nearly 70 percent have been minorities.

As Chief, Zacche made intelligence-based policing a focus, adding to the department’s ability to target the most violent offenders and prevent violent crime before it occurs. Most recently, Zacche and Director Shea expanded the Street Crimes Unit through Operation Titan, leading to double digit drops in violent crimes during the past month and a half.

“It has been truly my honor to serve the people of Jersey City and to work with the men and women of the finest police department in the state and to have the privilege to serve as their chief,” said Chief Zacche.  “I thank Mayor Fulop for this distinct opportunity and while I am looking forward to spending more time with my family and my newborn grand-daughter, I will look back with a lifetime of memories and always be proud for what were able to accomplish together.”

Before his appointment as chief in July 2014, Zacche, a 38-year-veteran of the Department, served as Chief of the Investigations Bureau and previously served as Commander of the North District for seven years until his promotion to Deputy Chief in 2012.

“It has been an honor and pleasure to work with someone like Phil who understands the many aspects that policing involves and who has the experience and skill to execute these important initiatives while recognizing the important role the community plays in the process,” said Public Safety Director James Shea.  “We wish Phil the best during his retirement and thank him for his decades of service to Jersey City and this department.”