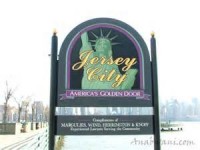 Here is what they said about JERSEY CITY

New York, New York—September  10, 2014 –Women’s Health, the fastest-growing women’s health and wellness magazine in the world, and Yelp, the website and mobile app that connects people with local businesses, revealed today the results of the first annual Social Cities Awards based on a six-month, research-based partnership to determine 20 social metropolises on the rise in the United States. These results are featured at www.womenshealthmag.com/socialcities and in the October issue of Women’s Health, on newsstands September 9.

“Urban women have always wanted their cities to have tons of sports, nightlife, culture, and food offerings—now they want all of that plus a social element,” says Sascha de Gersdorff, Women’s Health Deputy Editor. “Our readers are constantly looking to share and connect with others, online and in real time. These city winners give them all that and more; they are truly modern hotspots.”

Women’s Health also looked into the coolest social spaces, businesses and destinations that make each place unique.  WomensHealthMag.com will feature an online interactive map to list where readers should visit, highlighting the award winning destinations and digital-only finds such as the 25 top hikes from around the country. Social quizzes with built in social sharing functionality based on data from the partnership will feature the ideal city to live in, ideal foodie vacations and more.

“Not only is Yelp a great tool for consumers, it’s the source people turn to for the richest data on local businesses of all kinds – from dentists to dog groomers, cafes to contractors,” says Dan Frank, data scientist at Yelp. “Yelp’s wealth of data can be mined to surface everything from review highlights on a business page to which local spots are great for 20-somethings to global consumer trends over time. We’re excited to analyze Yelp data in a new way and to partner with Women’s Health to share our insights on the coolest emerging social cities with their readers.”

The Social Cities project, which is sponsored by Lincoln MKC, Procter & Gamble and Reebok International. First-time advertiser Lincoln, is also sponsoring a #InTheMoment social sweepstakes, interactive road-trip map using Google Maps API, Social Cities quiz. Lincoln is  also the presenting sponsor of Women’s Health’s RUN10FEED10 philanthropic event series,  will provide the pace car for the races and host an activation with blogger concierges talking about the best things to see and do in the cities.

The brands also collaborated to develop a co-branded seal that cities and featured businesses can use to showcase their nomination on the Social Cities Award list.

The Social Cities winners are as follows: