“ILLUSION: NOTHING IS AS IT SEEMS” MAKES NORTHEAST DEBUT IN JERSEY CITY 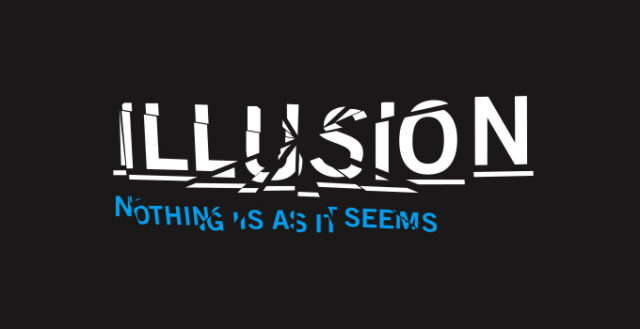 Is anything really as it seems? Don’t believe everything you see and hear in the world of ILLUSION – the new mind-bending exhibition opening at Liberty Science Center on February 4. Making its Northeast debut, ILLUSION: Nothing Is As It Seems provides perception-shattering insight into the human mind while playfully combining the techniques used by magicians and explored by psychologists.

ILLUSION investigates how perception defines the way we see, feel, think and understand the world. Visitors will question their reality and their perceptions of the world as their senses become distorted and logical thinking mystified.

“We’re excited to welcome the new Illusion exhibit to Liberty Science Center,” said Paul Hoffman, President and CEO of Liberty Science Center. “Magic and science are intertwined, and LSC is the first museum with a Magician-in-Residence, David Blaine. The Illusion exhibit proves how easily the human mind can be fooled by combining magic with psychology, optical illusions with scientific reasoning, and confusion with clarity.”

Visitors will experience a variety of installations in the exhibition, created by Science Gallery at Trinity College Dublin, that will deceive their eyes and show that what they perceive is often radically different from the reality of what their eyes observe.

The Invisible Eye will allow you to see an eyeball construct itself from thin air, and you can gaze into a mirror and morph into your inner animal at All the Universe is Full of the Lives of Perfect Creatures.Delicate Boundaries creates a space that allows the worlds inside our digital devices to move into the physical realm as bugs crawl off the screen and onto your body, and Counter, using a trompe l’oeil effect, tries to convince us that a two dimensional object is actually three dimensional.

Other experiences will offer further insight into the human mind through the exploration of sensory deception. Audio illusions will conjure the sounds of another space with visitors being able to experience a virtual haircut through sensory stimulants, while Significant Birds explores the way the human ear perceives complex sounds and the sound of a voice.

Liberty Science Center (LSC.org) is a 300,000-square-foot not-for-profit learning center located in Liberty State Park on the Jersey City bank of the Hudson near the Statue of Liberty. Dedicated to bringing the power, promise, and pure fun of science and technology to people of all ages, Liberty Science Center houses 12 museum exhibition halls, a live animal collection with 110 species, giant aquariums, a 3D theater, the world’s largest IMAX Dome Theater, live simulcast surgeries, a tornado-force wind simulator, K-12 classrooms and labs, and teacher-development programs. More than 250,000 students visit the Science Center each year, and tens of thousands more participate in the Center’s offsite and online programs. LSC is the most visited cultural institution in New Jersey with 650,000 visitors annually and the largest interactive science center in the NYC-NJ metropolitan area.

Science Gallery is an award-winning initiative pioneered by Trinity College Dublin aimed at igniting the creative potential of young people globally to tackle the world’s biggest challenges. We do this by creating compelling transdisciplinary experiences around future-focused universal themes, from the future of the human race to the future of play. These experiences are fuelled by the expertise of creative minds that include scientists, researchers, students, artists, designers, inventors, hackers and entrepreneurs. In 2012, Science Gallery International was launched with the support of Google.org. This initiative will create a Global Science Gallery Network by 2020, with galleries already confirmed for three continents — Europe (Dublin, London and Venice), Asia (Bengaluru) and Australia (Melbourne). To date, exhibitions have toured internationally to more than a dozen locations, from San Diego to Taiwan. For more information about Science Gallery, visit: international.sciencegallery.com