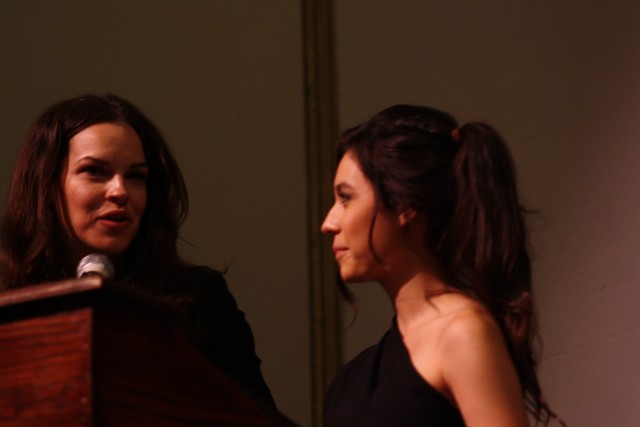 Ms. Blanchard said in her opening remarks that it is  an honor to have an award named after her that would recognize the talented Bayonne High School student actors and actress for years to come.

The Tammy Blanchard Award was the idea of Tim Craig Drama Department head.

Ms. Blanchard graduated from Bayonne High School in 1994 and has landed many roles in television, Film and on Broadway. In her latest film she co-stars with Mira Sorvino in “Union Square” which is  coming to  theaters in July of 2012 .

Tammy Blanchard  just completed her Tony Nominee performance as Hedy La Rue in ” How to Succeed in Business,” with Nick Jonas. How to Succeed closed on Broadway May 20th of this year. And the past three weeks she appeared in 3 episodes  of Showtimes “The Big C” with Laura Linley and Oliver Platt.