Mayor Dave Roberts and the City of Hoboken 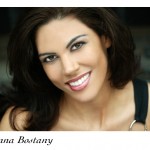 For video of  past FilmFestivals Hoboken International Film Festival

Hoboken International Film Festival (“HIFF”) is dedicated to showcasing and promoting fine non-studio films, TV pilots, and screenplays from filmmakers throughout the United States and internationally. The best submissions will be rewarded with cash prizes in nearly ten categories. As will be discussed in the next section, HIFF has quickly become one of the top ten best film festivals in the world.

With a celebrity jury comprised of Academy Award and Emmy winners, and powerhouse partners this past year that include CBS, Anheuser-Busch and Stella Artois, TD Banknorth, 101.9 RXP, The DoubleTree Hotel, The Jersey Journal, The Melting Pot, Glaceau SmartWater, and hosted by Mayor David Roberts and the City of Hoboken, HIFF is a worldwide renowned film festival. Showcasing the edgiest domestic and international movies and their filmmakers, HIFF will kick off on May 29, 2009 with its opening night films–that will be viewed by nearly 1,000 fans and industry personnel at Pier A Park, located directly on the Hudson River and overlooking the majestic New York City skyline.

HIFF also offers unique, star-studded special events. Some past special events include: the “Keg Party Blowout & Screening” sponsored by Sheraton Suites on the Hudson, Harbor Bar and Brasserie, and Stella Artois–featuring the movie “Beer League” and a party with the movie’s filmmakers and stars including Artie Lange (The Howard Stern Show); a series of films from Academy Award nominated actor Danny Aiello, with a special Q&A held by Aiello and the filmmakers of his new film “The Shoemaker,” as well as a live concert by Aiello and his band; a series of Charles Durning films and special screenings and parties with Durning.

All festival venues are located in the heart of New Jersey’s artistic capital, with gorgeous, waterfront scenic views of the New York City skyline.