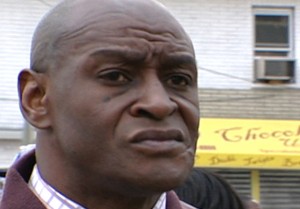 Heart of Stone – an inspirational documentary film by independent film producer and director Beth Toni Kruvant – documents the challenges of an inner city high school in the Weequahic section of Newark, NJ and the workings of its devoted principal Ron Stone, ambitious Jewish and African American alumni, students, and even gang members, to restore the school’s safety and past glory.

Urban life in Weequahic changed abruptly after the 1967 Newark Riots. Jewish families moved out and were replaced by many poor African Americans. For the next 30 years, a culture of discipline was replaced by a culture of crime as academic performance plummeted and the Bloods and Crips ruled campus and the streets. It was not until 2001 that Weequahic High School saw a glimmer of hope with the arrival of its new principal, Ron Stone, who vowed to return the school back to its former glory.

Principal Stone was an unconventional African American educator who stunned many in Newark when he married a Jewish woman. His unconventional attitude was at the heart of the conflict resolution program he created in order to work with the school’s gang members whom the local police dismissed as fated criminals.

Stone, who watched students engage in a mass brawl upon his arrival to the school, was able to make a truce with the gangs and even establish the school as a “non-violence” zone. He partnered with the Jewish and African American alumni to raise funds for college scholarships, but it was the familial relationships he developed with students that inspired gang members to leave the comfort of the streets and attend college.

HEART OF STONE provides a thought-provoking look into America’s history of racial tension and why education is the road to change.

Stone proved through his personal life and through his leadership at Weequahic High School that it is possible for people of different races to work together to create better and safer communities.