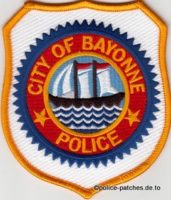 Bayonne police officers will be assisting with the pick-up and distribution of food donations. The drive is part of the annual, national Make A Difference Day activities, which encourage volunteerism across America.  National Make A Difference Day this year is Saturday, October 27. Mayor Davis said, “The Make A Difference Day food drive provides the school community and the general public the opportunity to help restock our local food pantries.  Many of our fellow Bayonne residents depend on these pantries to help feed themselves and their families.” Mayor Davis continued, “I would like to thank the people of Bayonne for continuing their generosity to this annual food drive in 2018.”

The White Glove Moving Company of Bayonne donated boxes for transporting and storing the food.

The Bayonne Board of Education and the participating religious schools are sending or have sent notices home with each student to explain the food drive.  The schools and two BCB Community Bank branches in Bayonne, will serve as drop-off points for donations.  The participating BCB Bank branches are located at 4th Street and Avenue C, and at 24th Street and Broadway. The Department of Public Works will pick up food from the schools and participating BCB Bank branches on Wednesday, October 24, and will deliver it to local non-profit organizations and religious congregations that have food pantries.

Make A Difference Day has inspired thousands of local volunteer efforts since it was established in 1992.  The Bayonne food drive began in the early 2000’s when then-Police Officer Tony Nardini organized support in the community for  restocking local food pantries.  Those efforts won national recognition.