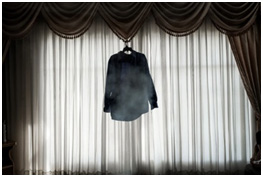 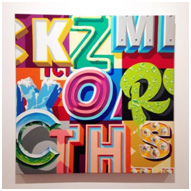 November 3, 4, at 7 pm: MAGNIFICENT YOU. “Multimedia performance, combining, dance, movement and film exploring the sociological, psychological, and spiritual causes & effects of narcissism –developed for Vanity by Driggproductions, a dance & film company in conjunction with  JCTC artist residency program – followed by a Talk-Back. Tix $18 Advance / $20 at the door

Liberty Science Center, Liberty State Park, 222 Jersey City Boulevard, JC. (201) 200-1000; www.lsc.org. “Bring your friends to an after-hours adventure at Liberty Science Center. Thurs, Nov. 17, 6-to-10 pm. (And on the 3rd Thursday of every month.) Guests 21 and over can enjoy cocktails, food, music, dancing, laser shows, and more at SCIENCE SPEAKEASY! “Travel back in time for a glittering shindig at Liberty Science Center inspired by the Prohibition era. Meet expert whiskey distillers, taste their products, and learn about the science behind the popular spirit. Test your luck and learn about the math behind your favorite casino games. Get dolled up in your spiffiest 1920’s-inspired outfit; the LSC After Dark team will be on the hunt for the best-dressed guests, and you could win big. Follow the clues and look for our secret stage. If you find it, you’ll be treated to an enlightening underground tech performance. Experience a new laser show in our massive IMAX Dome Theater. Tix are $20 (online) and in advance. There will be a $5 additional charge for all tickets purchased at the door on the night of the event.”

LIBERTY SCIENCE CENTER, Liberty State Park, 222 Jersey City Boulevard, JC. (201) 200-1000; www.lsc.org. BODIES REVEALED* “LSP presents real human figures and organs that reveal the wonder and beauty of the human form. The exhibition shows detailed views of human anatomy, from whole body displays to individual skeletal, muscular, nervous, respiratory, digestive, urinary, reproductive, endocrine, and circulatory systems. Unlike models that idealize the body through the eyes of an artist, this exhibition shows the body and its systems as they really exist, including natural variation.*Bodies Revealed is a premium exhibition, available with the Premium Pass or a Combination Ticket.

LIBERTY SCIENCE CENTER, Liberty State Park, 222 Jersey City Boulevard, JC. (201) 200-1000; www.lsc.org. Opens Oct. 15:  National Geographic’s EXTREME WEATHER. “Weather has always been one of the most dynamic and complex forces shaping our planet, but now it’s intensifying in varied and complex ways. Among the melting tidewater glaciers of Alaska, National Geographic Emerging Explorer Dr. Erin Pettit leads a young team of researchers into the splash zone at the face of Dawes Glacier aboard a boat custom-designed to get as close as possible to the calving ice. In the Great Plains of the United States, Oklahoma native Justin Walker tries to place pods of sensors inside tornados as part of an effort to determine if tornado outbreaks are growing more extreme. A prolonged draught in California has caused the death of huge swaths of forest, creating a dangerous surge in the intensity of wildfires. Follow researchers and everyday heroes as they uncover surprising connections to help us understand and adapt to our ever-changing weather.”

OUT OF TOWN HAPPENINGS

THE NEW VICTORY THEATER, 229 W. 42nd St, NYC. www.newvictory.org. Nov. 4-13: “From Akram Kahn, arguably the pre-eminent British dance-maker of his generation” (The Telegraph) comes a heartwarming story about our connections to the past, family and finding your own path. CHOTTO DESH, meaning ‘small homeland,’ draws on Khan’s unique quality of cross-cultural storytelling, creating a compelling tale of a young man’s dreams and memories from Britain to Bangladesh. Performed as a solo dance piece, CHOTTO DESH integrates gorgeous interactive animation and an evocative score to create a brilliant and bewitching adventure.”

NEWARK MUSEUM, 49 Washington St, Newark, NJ. (973) 596-6550; www.newarkmuseum.org. Now showing NATIVE ARTISTS OF NORTH AMERICA LONG-TERM INSTALLATION “This fall, the Newark Museum will unveil its newly redesigned and reinterpreted Native American galleries. Featuring more than 100 rarely exhibited objects from throughout the United States and Canada, Native Artists of North America will showcase an exciting selection of works from the permanent collection, dating from the early 19th century to the present, including many objects never before exhibited. Among the works on view will be expertly woven Pomo baskets, exquisite hand-made items of dress from across the continent, and Southwestern pottery and textiles.  Other highlights will include works by the Haida master carver Charles Edenshaw and Pueblo painters Fred Kabotie, Tonita Peña and Awa Tsireh. Additional works by contemporary Native American artists will be installed in adjacent galleries, including recent acquisitions by Jeffrey Gibson and Preston Singletary.”

SEND US YOUR ARTS LISTINGS. If you have an art opening or performances coming up including visual arts, performing arts and street arts, send an email to:  riverviewobserver@gmail.com and we’ll list it in ARTScene.

ALL ARTscene LISTINGS ARE FREE.